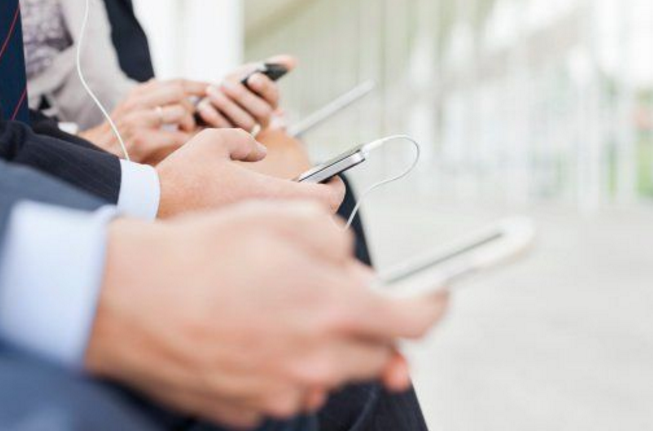 The telephone helped usher in the second industrial age. The smartphone will help drive the fourth one.

We are in the middle of the 2020 second-half phone launch cycle, which holds special significance – all major smartphone vendors will have launched 5G devices by the year’s end.

The next-generation 5G technology is crucial in the realisation of the fourth industrial revolution. Technologies associated with Industry 4.0 such as interconnectivity, automation, machine learning, and real-time data will require an aggregation point – none comes close to the smartphone in bringing together capability, access, price and innovation to emerge as the interface of this brave new world.

Enterprise apps
In a world where work will come to us, rather than us going to work, enterprise mobility is a growing area of focus. We are increasingly using our smartphones to access and interact with corporate (cloud) applications. For instance, the mighty CRM is now available as an app from companies like Salesforce, providing access to the same rich data as office desktops, now available in the palm of your hand.

In transportation, the new generation of cars is doing away with the key fob. Now not only can you open the car with the smartphone, but vehicles with self-driving capabilities such as Tesla also allow you to summon your car from the parking lot with your mobile. Inside, Apple Car and Android Auto seamlessly connect with your smartphone bringing all your apps to the dashboard. Meanwhile, smartphone map apps have replaced standalone GPS units for the majority of people.

The smart homes we have gawked at in movies are now within reach. In a not too distant future, we will use our phones to unlock our homes and once inside, use an app to set the temperature, dim the lights, start the music, etc. Earlier this year, Emaar signed an MoU with Xiaomi to launch ‘Emaar Smart Home’ – a set of digitally-enabled residential developments that come with a set of pre-installed smart home and IoT products from the electronics firm.

In neighbouring Sharjah, developer Arada announced two years ago that smart technology would be introduced into every unit within its ‘Misk Apartments’ buildings in its Aljada development.

The Arada Smart Home system allows residents to use their mobile phones to access features such as remote front-door access and 24-hour video security. Residents can also adjust  temperature, lighting and manage utilities, in addition to enabling motion sensors within their apartments, and controlling blinds and curtains.

Touchless banking
If the number of bank branches and ATMs in your city appears to be shrinking, you are not imagining things. Mobile apps are the new banks. Take Al Salam Bank Bahrain. Even before Covid-19, the bank was “no longer even using the term ‘paperless’, but [we] were already focusing our discussions around ‘touchless’, ‘branchless’, and ‘zero-ops models,” says Rafik Nayed, group CEO, at Al Salam Bank.

“Soon, no service we offer will require physical interaction. We already offered digital onboarding through our previous app but [a new] update will feature much greater new-to-market functionality,” he adds.

According to a report by Zion Market Research, the global mobile wallet market is expected to reach approximately $3.1 trillion by 2022, growing at a CAGR of around 32 per cent between 2017 and 2022. The UAE mobile wallet market is projected to grow at an average of 24 per cent per year to surpass $2.3bn by 2022, the report adds. The use of mobile payments is set to become the second most common payment method after debit cards by 2022.

In leisure, our entertainment has gone increasingly mobile ever since iTunes. Streaming services such as Spotify and podcasts are sounding the death knell for radio. Netflix, on the other hand, poses an existential threat to traditional TV. In gaming, mobile is the fastest-growing segment of this pastime and has already surpassed console and PC gaming.

In developing countries where public service delivery is dismal, mGovernment allows authorities to deliver services cheaply and much more efficiently. In today’s omnichannel world of texts, chats, photos and videos, consumers increasingly want to interact with businesses the same way they connect with family and friends.

Online shopping
In retail, e-commerce is fast giving way to m-commerce. Online sales through mobile are projected to double between 2018 and 2021, with m-commerce’s share of total online retail increasing to almost 75 per cent, according to research by ResearchAndMarkets.

The phone camera, although still capable of taking great selfies, will be the bridge between the real world and augmented reality (AR). The AR market is projected to be worth $61.4bn by 2023, according to research firm Markets and Markets.

While lag has been the biggest issue holding AR back, the low latency offered by 5G technology will solve this problem once and for all. Hundreds of mobile AR applications are now  available on both Android and iOS for biology, astronomy, history, translation and more.

The smartphone will streamline travel in a future where physical contact will become increasingly unappealing due to the risk of epidemics. A mobile solution from travel technology provider SITA – SITA Flex – enables airports and airlines to build mobile apps that allow passengers to move through the airport without physically touching bag drops, kiosks and gates.

Automation is of paramount importance, says Jihad Boueri, vice president of Airports and Airlines for the Middle East, India and Africa at SITA.

Even the way we consume media is changing with social media revolutionising how and when we access news and information. According to Statista, mobile-first digital media surpassed traditional media sometime in 2018. User-generated content from the likes of Instagram and TikTok today is king, treasured by both audiences and advertisers with nearly the same passion.

Unlike the smartphone’s ancestor – the original Bell telephone – access to the modern smartphone and the applications it enables will be a much more democratic affair. Thanks to  streamlined supply chains, standardised platforms and mass production, much of the global population has access to powerful smartphones at fairly affordable prices.

In the report accompanying this feature, we look at the OPPO Reno4 Pro 5G, a device that highlights the value and technical proposition that puts the smartphone at the convergence of innovation and access.