Samsung launched the Galaxy M31 in India a while back, and in its brief time in the market, the smartphone has taken everyone by storm. With the M series of smartphones, Samsung showed its commitment towards the Indian market by making smartphones that are top-notch in every sense and doesn’t set you back financially. Samsung continued this philosophy with Galaxy M31 as well. So, what do you get from this #MegaMonster of a smartphone? From an exceptionally-built quality to a huge battery and a massive screen, the M31 comes across as the perfect device. But one feature that adds icing on the cake is its camera. The Galaxy M31 packs 64MP quad-cam. 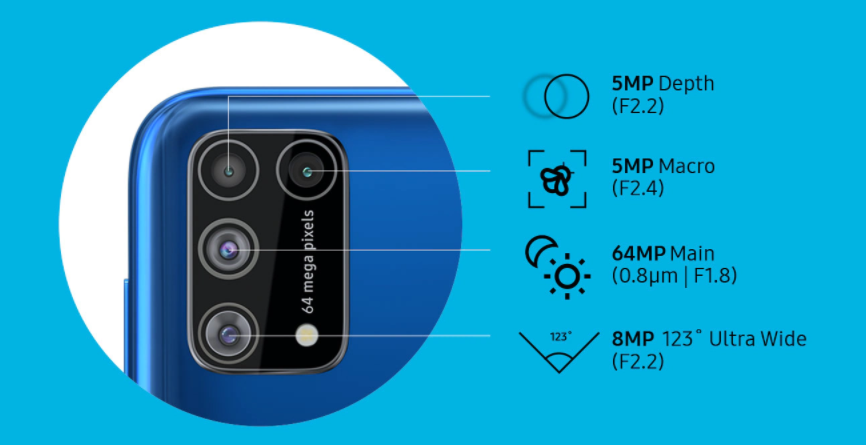 The Samsung Galaxy M31 comes with a quad-camera set up. And the hero sensor is – 64MP Ultra-High Resolution ISOCELL Bright GW1 Sensor. Apart from this, there’s a 8MP Ultra-wide lens which can capture a 123-degree field of view. The third sensor in the set up is the 5MP depth sensor for portrait shots with Live focus which can shoot beautiful & natural-looking bokeh shots. Last but not the least, there’s a 5MP macro sensor which will bring you really close to your subject.

Every sensor stands out on its own, but the 64MP ISOCELL Sensor can shoot excellent pictures with high-dynamic range and punchier contrast with this one. The front camera on the Galaxy M31 is a 32MP sensor that’s amazing in every way. The high-megapixel count translates to crisp & sharp images. You can shoot videos in 4K, and have fun with features like AR Doodle, and AR Emoji and many more! 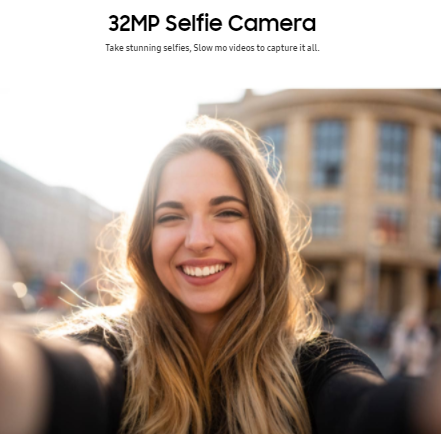 The Samsung Galaxy M31 can shoot in UHD (4K), super slo-mo, and hyperlapse providing you with a whole range of shooting options. But what adds fun to the shooting experience is the Super Steady mode which works in tandem with Optical Image Stabilization & makes all your footage shake-free. 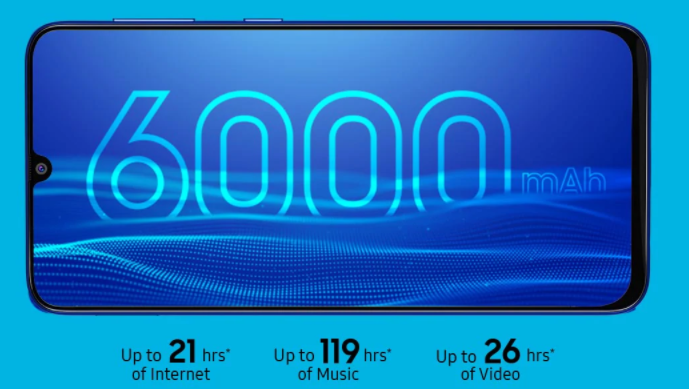 Samsung Galaxy M31 has a mammoth-sized 6000mAh battery that will easily last all day of heavy use. The large battery is there to make your life super easy. Having such a huge battery means that you get up to 26 hours of video playtime, up to 21 hours of internet, and up to 119 hours of music playtime. Sure, the Samsung Galaxy M31 will surely beat any of its competitors. 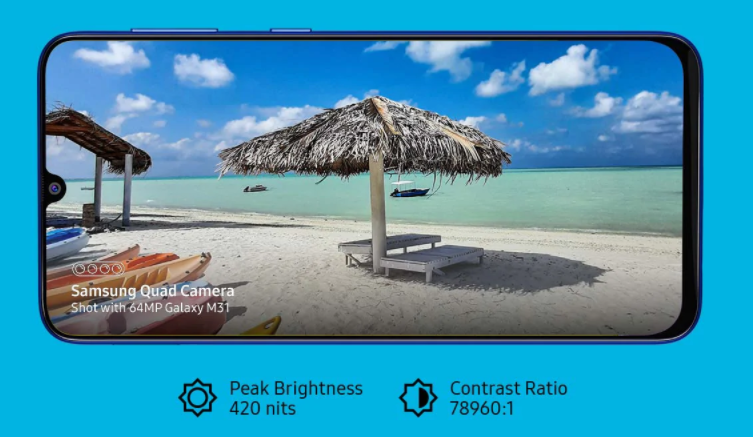 The Samsung Galaxy M31 takes the viewing experience to a new level with a 6.4″(16.21 cm) FHD+ Super AMOLED Infinity U Display. The detailing in the smartphone counts for a truly immersive experience. With such a huge screen you can have extended hours of binge-watching or playing games – the Galaxy M31 will keep you entertained in high-definition. What’s great is that the display on the Galaxy M31 has a peek brightness of 420 nits & an impressive contrast ratio of 78960:1. 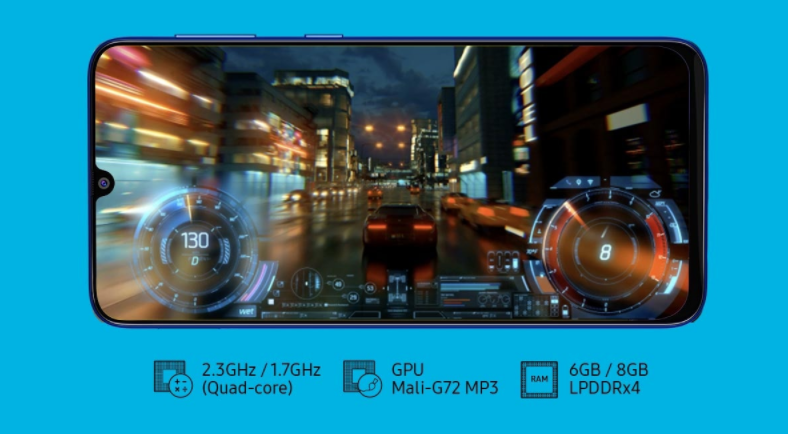 Samsung Galaxy M31 is a monster when it comes to performance, all thanks to the powerful Exynos 9611 processor. This octa-core processor is based on 10nm architecture paired with a Mali-G72 MP3 GPU. What this means is that you get a superior experience of using the smartphone without any lag or stuttering. Everyday tasks such as editing videos or frame drops while playing games will no longer be a concern. The powerful processor paired with LPDDR4x RAM of 6GB or 8GB options makes multitasking a breeze. 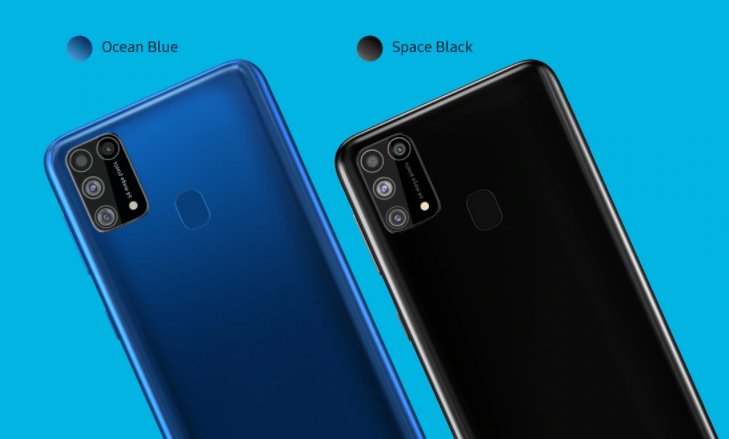 Samsung Galaxy M31 has a 3D Glastic body which makes the smartphone look pleasing. The smartphone is thick enough to give you a secure feel while making it look slimmer. Galaxy M31 comes in two attractive colours – Space Black and Ocean Blue. It runs on Samsung’s One UI 2 based on Android 10 and has a rear-mounted fingerprint scanner and also houses the ultra-fast Face Unlock feature.

To bring all the Samsung Galaxy M31 home, you should check out
Samsung.com or
Amazon.in.

Disclaimer: This article has been produced on behalf of Samsung by Times Internet’s Spotlight Team.