Asus’ ROG Phone series has been a clear market leader in the gaming smartphone segment. Introduced in 2018, the series has been consistently upgraded with a new smartphone every year. The next in this line, for 2020, is the ROG Phone 3. A successor to the ROG Phone 2, the third iteration brings several industry-first features and a host of software-related improvements to deliver an enhanced gaming experience.

There is a lot to like in the ROG Phone 3. It might even be a capable smartphone for gaming. But how does it fare on parameters other than those related to gaming? Let’s find out:

The ROG Phone 3 continues with the premium glass-aluminium construction of its predecessors. Yet, it has a touch of novelty, thanks to its redesigned back profile with toned-down flashy elements and uniform glass construction. While the back looks more mainstream now, it still has the backlit ROG logo and air vent that make it easier for anyone to recognise as a ROG series device. The ROG Phone 3 is primarily aimed at gamers, so its design might not fit everyone’s definition of elegant. It is tall, thick and heavy, and it has thick display bezels which would be considered imperfect in a regular smartphone. But not here. The tall form factor makes it easy to hold and operate in landscape orientation, which is the default orientation for most games. Similarly, the phone’s thick aluminium frame provides a good in-hand grip and boosts confidence, especially in fast-paced games. Its heavyweight build does not add any value to either gaming or non-gaming activities on the phone, but the weight seems justified, considering the phone has a mammoth 6,000 mAh battery. In the ROG Phone 3, Asus has repeated what it did in the ROG Phone 2 with regard to display refresh rate. But the new phone brings an industry-first AMOLED screen of 144Hz refresh rate. It is a 6.59-inch AMOLED screen of a fullHD+ resolution stretched in a tall 19.5:9 aspect ratio. The screen has rounded corners but no distractions in the form of a punch-hole or notch. It is one of the few smartphones with such an uncommon display set-up as might be appreciated by both gamers and non-gamers. 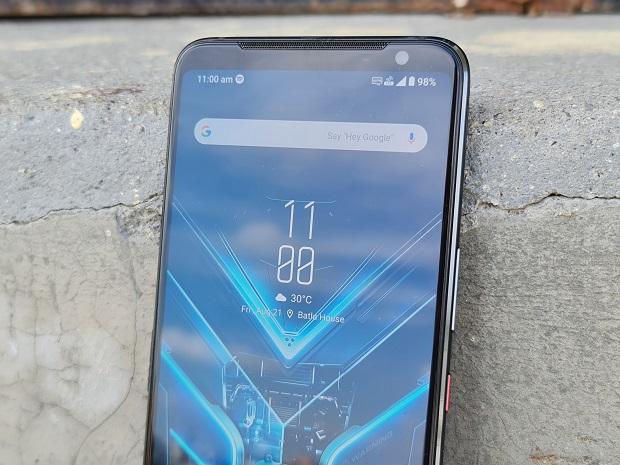 In terms of performance, the display is vivid and responsive. It supports various refresh rates — 144Hz, 120Hz, 90Hz, and 60Hz — and there is an adaptive mode, too, for automatic switch between available refresh rates based on the on-screen content requirement. The display is smooth and shows no stutter or missing frames. It is set to render neutral colours and supports multiple display profiles. There is a setting to personalise the display profile, too. With regard to gaming-centric optimisations, the display supports a 270Hz touch-sampling rate. While there is rarely any gaming title that supports a screen of 144Hz refresh rate on the Android platform, the 270Hz touch-sampling rate is a feature that translates into improved gaming experience across gaming titles, especially fast-paced ones like PUBG, Fortnite and Call of Duty.

The ROG Phone 3 brings improved optics and a host of new value-added features for enhanced imaging experience. The phone has a triple-camera set-up on the back, featuring a 64-megapixel primary sensor (Sony IMX686) of an f/1.8 aperture, a 13MP ultra-wide sensor of 125-degree field-of-view, and a 5MP macro sensor. On the front, the phone has a 24MP camera. The ROG Phone 3 might not have a versatile camera set-up but it is a capable one that will surely impress the shutterbugs. In day light, the phone’s primary 64MP sensor takes detailed shots with a good dynamic range, natural colours and optimal contrast. The sensor is quick in fixing focus and has zero shutter lag. These result in stable shots even if the subjects are moving.

The ultra-wide sensor works well for landscape sceneries and static frames. Captured frames using the ultra-wide sensor show some distortion on the sides but not so much as would ruin the output. The macro sensor is good but not great. It takes good close-up shots but requires patience and stable hands. 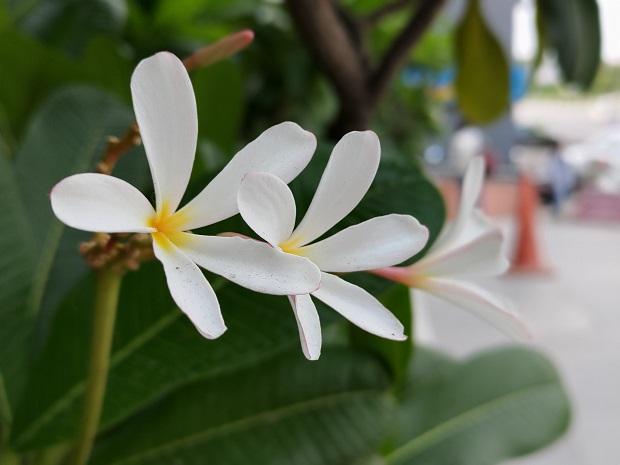 The cameras’ low-light performance is good when compared with other gaming-centric smartphones, but not on a par with mainstream smartphones. There is a dedicated night mode to aid optic performance in dim-lit conditions, and it works well in most cases. However, there is nothing exceptional here. 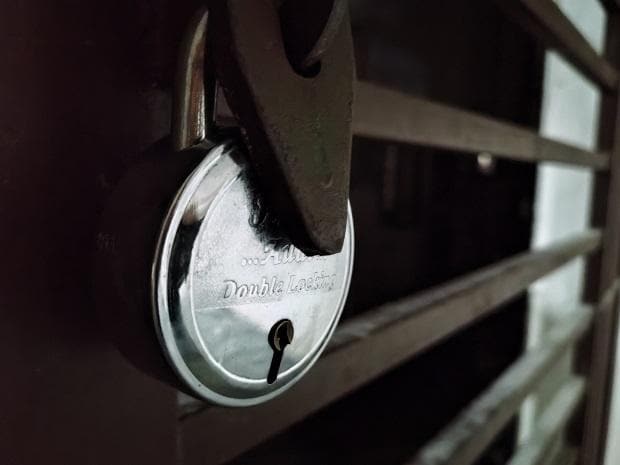 The ROG Phone 3 has tons of value-added features for one to explore and experiment with. It has the panorama mode, which works in horizontal and vertical orientations – something not many phones could do; the Pro video mode for manual camera controls, which is a relatively new feature and not many phones have; and motion tracking at 60 frames per second, which seems advanced and so far unmatched. Besides, the phone can record videos in up to 8K resolution at 24fps. It also supports 4K videos from both front and rear cameras. Interestingly, the phone has an option to customise microphone sensitivity while recording videos. In the auto video mode, it lets you suppress wind noise and improve acoustic through mic focus. In the Pro video mode, it lets you set audio direction from four options – 3D surround, mic focus, front receiving, and rear receiving. These value-added features are hard to find in smartphones and make the ROG Phone 3 a great phone for imaging. 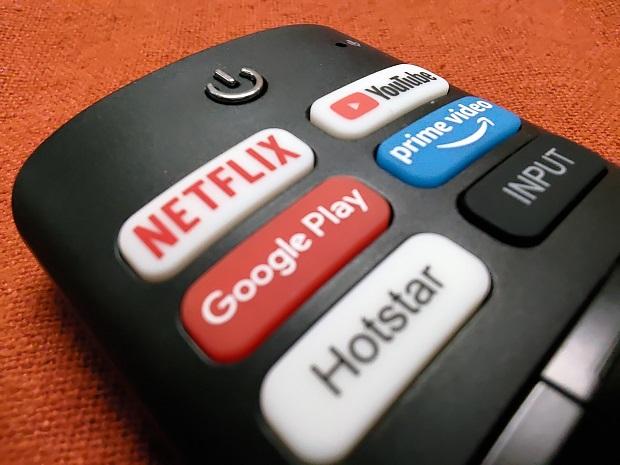 Speaking of value-added features, the ROG Phone 3 boasts the X-Mode, GameGenie, Armoury Crate, and AirTriggers. The X-Mode provides on-demand performance boost during gaming sessions. It is customisable and you can create ‘scenarios’ for each game title with personalised setting for performance, touch, display, network, and more.

GameGenie is an in-game add-on feature that appears if you swipe the screen from the left edge. It is loaded with features to improve your gaming experience. Some of these features include block notifications, lock brightness level, record clips, show real-time information like frame rate, record macro, and performance boost up.

The Armoury Crate is a built-in app and a parallel space for everything gaming available on the ROG Phone 3. It automatically adds downloaded games and lets user customise the setting for each game. It is through this mode that one can customise the X-mode and manage the phone’s ultrasonic sensors, called AirTriggers. AirTriggers have been part of the ROG Phone family since inception, but the third iteration makes them more advanced. These ultrasonic sensors, present on the right side of the frame, now recognises taps, slides, swipes and press-and-hold gestures. Importantly, you can assign a role to each gesture and use them in any game available on the Android platform. Aside from gestures, the AirTriggers on the ROG Phone 3 can be divided into four — two on each side, each part customised to have independent utility.

These might seem confusing and too technical, but the phone’s value-added features are easy to use and make a big difference to your gaming experience. Besides, the phone does not have any performance issues. It works seamlessly in daily usage, too.

The ROG Phone 3 comes in 8GB RAM + 128GB internal storage and 12GB RAM + 256GB internal storage variants, priced respectively at Rs 49,999 and Rs 57,999. At this price, the phone is a steal for mobile gaming enthusiasts. There is no phone in the market at present that can match the ROG Phone 3’s gaming capabilities, and the experience only goes north with value-added features that come along. However, it may not be a good deal if you need a mainstream smartphone that you can use only sometimes for gaming. Do check out the ROG Phone 3 though before making a purchase decision.